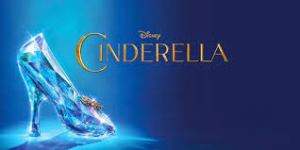 First, let me start off by saying that I am a BIG Disney fan and write this with a classic and modern Disney point of view. At first, I was a big skeptic of the classical princesses and other characters coming to life on the big screen as real people. But was pleasantly surprised with Cinderella. I will do my reviews of the other movies (Alice in Wonderland, Sleeping Beauty etc.) in separate posts.

The reason for the title of my blog post comes specifically from the emphasis the movie placed on Ella’s shoes before she was ever a young lady, before there was a glass slipper. They were blue in color and common. Something she had on every day and used to dance on the feet of her father. The imagery was brilliant.  Those shoes, just like the house the family loved, were her happy memories. She never replaced those  “everyday” shoes until Prince Charming married her and changed her home. He became her new home and a home to build new, happy memories.

The beginning of the movie had a wonderful family feel. The filtering used made it warm and inviting without it seeming “dreamy” or hazy. The costuming and details in and around the home were a great fit. Even when her stepsisters stepped out of the carriage. They had very similar characteristics and costuming as in the original movie, just updated slightly. And more BLING!

There were a few details that were added that I felt enhanced the storyline  without ruining the experience for a “Classical Cinderella Lover“. These included, her mother and the illness that took her away and the explanation of how Cinderella came to live in the attic. Both of these are not really explained in the original film.

The details that were kept from the original film, I applaud the director and producers for using. It made this Disney heart very happy. The first, were of course, the mice and her barn yard friends. The second, were the bells that hung on the wall that summon Cinderella to her stepmother and stepsisters. Even the terrible singing of stepsister at the piano was included.  Then lastly, the pink color chosen for the dress she wanted to wear for the ball. Yes, it was said in this movie it was her mother’s. In the original, all the animals created it from scratch. I enjoyed the connection of her mother, even if it was not in the original.

Some details to note:

There were two details I did not particularly care for. First, the illness and death of the King. He should have been there for the wedding of his son. In the original film the comedy between the King and the Duke, brought laughter and fun to children of all ages.  Especially when they are bouncing high into the air from the mattress of the King’s bed, arguing like siblings.  Second, the lack of singing/music. I feel if they had added some of the songs (even in rendition) it would have greatly improved a few of the scenes that I felt were dragging.

All in all, I think they did an amazing job on this film and TWO THUMBS way, way up for one of my favorite actresses Helena Bonham Carter. I loved her before, but I love her even more after this film. She was beautiful, quirky and fun and still made every magical moment of ” bibbity bobbity boo” memorable in a new way.

To all my princesses out there! Enjoy, it is a magical  film. 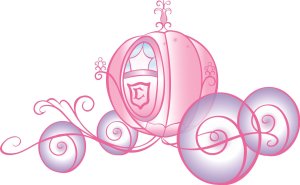 My Favorite Posts So Far