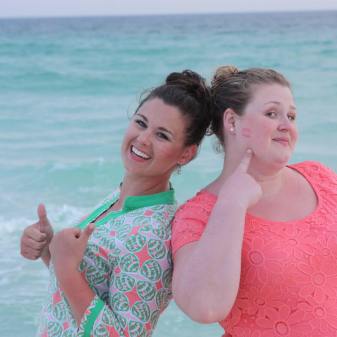 It has been a while since I updated my blog. I have to say, I do miss it. Most of you have been following this blog for a while reading about my recovery from my tonsillectomy and the struggles that followed. After that, I started writing about my journey as a St. Jude Hero and the path it took me preparing for my celebratory half marathon, November 2016 at Disney World.  This run was to prove to myself I was not going to let my  post operative complication beat me.

In all honesty, that race was the best thing I could have ever done for myself. I never realized it, but I never did a post about it once I returned  from my trip. I AM SO SORRY!! It was all on Facebook. I will do a post about it after this one!

The blog has taken several different turns from gardening to movies and it was just a place to help me through the most difficult times of my life. Hopefully now, my blog will be more consistent with this new journey I am about to begin.

The reason why I have not been posting since my race in November, is because I never really recovered from my race. Meaning, my energy never came back, I was sleeping all the time and my everyday stamina was down.  Basically it felt like I was back to where I was 6 months after my surgery. We were very confused. However, we took it a day at a time, never giving up.

We got through the stress of the holiday seasons (Thanksgiving, Christmas, New Year’s, Lent, Easter…) ; as a pastor’s wife this adds a whole new level of stress but we anxiously awaited spring to begin running again. Then one day in April, everything changed.

I started feeling more and more tied. Getting up for work each morning felt like I had been hit by a MAC truck, it now became a chore. Bedtime came as early as 7:30 pm and I could barely make it to Church on Sunday, due to exhaustion. I just could not keep up.

As I was driving home from work one day I noticed the lines on the road started to blur. I blamed it on my fatigue and kept going. One day lead to the next and suddenly there were TWO distinct sets of lines on the road. I immediately pulled over until it cleared up.

The following morning I wanted my boss to know, so I sat him down to inform him what was going on and I was needing to see an eye doctor that day. While I was talking with him my eye lid started to droop. I have never been so frightened in my life. Stroke, aneurism, Multiple Sclerosis (MS), were all words flash before my eyes.

I did not know it then, but the days to follow I would be diagnosed with a very rare neuromuscular disorder name Myasthenia Gravis (MG).

My Favorite Posts So Far